Film Festivals That Do It Right!!!


We just finished covering Phoenix Fashion Week and now the time for film has begun.  The following includes coverage of one of the international festivals residing in the western US. 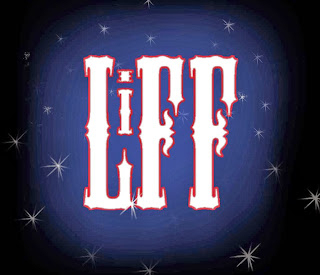 The Laughlin International Film Festival 2013 in its second year definitely out did itself based on how good I heard it was last year.  The Festival system that was created by Dave Davidson, Mara Karsen, and Eric Karsen Puhm is focused on the presentation and recognition of filmmakers from around the world.  They drew over 160+ entries to the festival that came from all over the United States and the world including countries Ireland, Brazil, Canada, United Kingdom, Russia, Bolivia, Mexico, India, Austria, New Zealand, Belarus, Scotland, and Antarctica.

The atmosphere of the host city of Laughlin, NV was the most welcoming to the out of town visitors for the festival.  The Tropicana Express (main Host location), Riverside Casino, the Acquarius and the Laughlin Outlets Mall – Stadium 9 Cinemas (viewing home of the films that made it into the festival) were the perfect locations coordinated together to celebrate filmmaking at its best.  The red carpet was presented by Joseph James Artography (of Tempe, AZ) one of the sponsors of the festivals which brought the glitz and glamour to the event every night.  Friday night included a Halloween Party after the movies and an evening of bowling.  This was just one example of the activities and parties that were provided to help provide an inviting environment to all who participated in the festival for introduction, networking, and fun.

The festival wouldn’t be complete without the awards ceremony.  The preceding banquet and the emcees for the evening were the icing on the cake.  The following is the entire listing of the award winners from the festival:

If you think that was the end of the festival, you would be mistaken.  The morning after the awards ceremony, found filmmakers still excited to be part of the festival and joined together for the final morning breakfast and the filmmaker/director panel.  They discussed social media, distribution, representation, organization, and funding.  The closing finale of the morning gathering included a raffle of $100 Sony gift cards to three lucky winners.  Not sure you could really ask for a better ending.

The organizers were meticulous along with the support of the Tropicana Express to create an amazing experience for the attendees.  There is something to be said about an organization that takes the time to understand the needs and wants of their audience.  This is one thing that the Laughlin International Film Festival really knows.  They have an awesome approach and philosophy that runs through the entire organization and in turn is demonstrated throughout the event they have developed and executed on.

To find out what you missed and to get involved with the awesome Laughlin International Film Festival for next year 2014, go to their sponsor page or send a direct email to finance@laughlinfilmfestival.com. 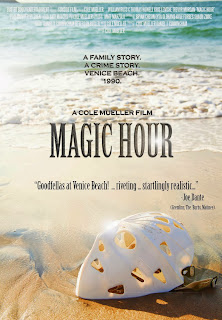 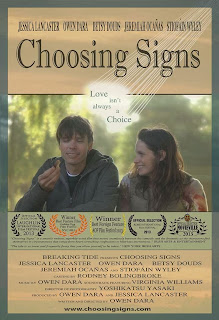 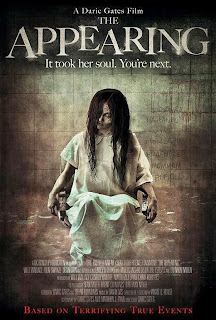 Posted by Chronic Behavior LLC at 7:46 PM No comments:

Day 2 of Phoenix Fashion Week at Talking Stick Resort was a nice segue from opening night into the continuous world of fashion that lives in the heart of many. For the designers involved, I have to share this analogy that often times represents the challenges and struggles that are often experienced in the process.  The Phoenix is known for rising as in a regeneration and rebirth from the ashes of its predecessor.  This is symbolic for many in the design world that they have a beginning and many times it comes from creation and recreation of designs coming from their experiences, causes, and delving into something different often times in ways that many do not expect.

The emerging designers of Phoenix Fashion Week for Friday brought a sense of vibrancy in color and flow.  Starting off with d.p.c. by Dora Yim, she demonstrated a quite elegance with the subtle colors of yellow and gray hues with the more evening wear looks in black.  There is a signature dress from the collection that Dora Yim displayed well with a day to night look with the convertible sleeves which will definitely be an item that will fall into many lifestyle wardrobes.  Herbert Victoria with his African inspired collection celebrates the bold colors with color blocking of patterns and solids matched with form fitting complimentary lines.  The off-shoulder combinations show the casual sexy fun side.   The styling and accessories were strong and showed the versatility of the collection.

Proverbs of Efua is exemplary of the fashion with a cause theme.  They emphasized the purpose behind their line in creating an awareness and a way to support the desire to put an end to human trafficking.  The designs from Proverbs by Efua were simple and focused on what they call their luxury line of “The Style of Freedom”.  The collection is more conservative and definitely tailored toward everyday fashion.  The final emerging designer for Friday evening was Stephanie Gentry byThunderlily.  From the first step on the runway, the color flow and transitions with the pastel pinks and purples with the soft flowing fabrics and simple cutouts played out well with the winds which highlighted the movement in the collection.  There was whimsical fairy look that transcended the runway with several ensembles and the final piece with the open back and ruffled skirt design was just stunning.  We will be sharing more of the Day 3 and the finale that completed on Saturday, October 5th in our next article.  Stay connected to read more.

Posted by Chronic Behavior LLC at 5:48 PM No comments:

Wow! What a night at Phoenix Fashion Week! The energy level continues to rise. Tonight was the second night for our well established designers and our up and coming designers to show their collections and represent what they’re working with.  This year will mark an unprecedented moment as Phoenix Fashion Week has decided to name not only a top female model but a male model as well. Each model will receive a contract with an Arizona agency.  That's awesome! You know many male models will be bringing their A-game to this competition.

First up in the lineup for the evening of established designers was Gents.  How would I best describe Gents style?  In one word, sexy.  It was an incredible to see how Gents could turn the simple baseball hat into an attractive sexy stylish baseball hat. Gents displays a sense of humility in their product line. No logos. No labels. No branding of any kind. Complete with sophisticated anonymity Gents baseball caps are the right accessory for the contemporary male. The hats range from baseball style to a scrumptious newsboy that looks great on women, too. Gents rocked the runway collaborating their stylish caps with their soft premium t-shirts. JHaus clothing line is chocked full of denim ranging from deep rich blue hues to lighter hues. These jeans look comfortable and movable. You can feel every bit of the high quality denim JHaus used for this line of denim. JHaus even took it a little old school with an acid wash-looking skinny jean. That brought back some good memories. JHaus showed denim is not only for jeans, but for skirts as well. This fun flirty play with a flair skirt was priceless! It happened to be a windy night so the models could really show off the movement in these adorable skirts.

Paulie Gibson is a mastermind. His use of somber colors infused with the vibrancy of teal hues made his collection remarkable. Paulie Gibson definitely likes to have fun in creating unique looks that make us do a double take. There is such a mix of classic styles blended perfectly with modern trends that connect it all together. Prints solids stripes polka dots! He leaves no one out. Who can design a mens short jumpsuit and rock the runway with it? Paulie Gibson can! Fantastic collection! Last year she was an up and coming designer, now Bri Seeley 2012 Designer of the Year is an established designer who showed us an outstanding new collection tonight. She is amazing in her use of soft flowing materials that glide with you as you walk. I love everything girly! And this collection gave me just that. The color scheme was incredibly feminine and silky-smooth giving a sense of elegance to her line. Tonight the wind picked up and worked its magic for Bri Seeley. It was almost mesmerizing watching the models strut down that runway in a cool breeze. I felt a sense of the classic 60’s accessorized with today’s modern flair fit for the busy fashionista.  We’re getting ready and can’t wait for what’s in store for the final night of Phoenix Fashion Week at Talking Stick Resort.
Posted by Chronic Behavior LLC at 2:28 PM No comments:

In the Desert - Fashion Stars!!!


Entire Photo Collectin for Day 1 of Phoenix Fashion Week by Evolution Magazine - Phoenix and NBMA Photography
Twinkle, twinkle little star, how I wonder where you are?  …in the middle of the desert and guess what…there are lots of stars literally.  If you are dreaming of seeing fashion and being exposed to styling that stretches the imagination, then Thursday night’s event would have helped to fulfill that desire.  A few years ago, Phoenix Fashion Week didn’t seem so big, but for the last two years there has been significant growth and progression.  Phoenix FashionWeek at Talking Stick 2013 (which is the ninth anniversary of Phoenix FashionWeek) has already far exceeded expectations and I’m sure there had to be some records broken on attendance.  The event so far is nothing short of spectacular.  The established designers Fashion by Robert Black, Shawl Dawls, Black Russian Label, and Project Runway’s Season 12 – Brandon McDonald represented a solid base of eclectic styles, raw and edgy as well as full bodied and flow throughout the fashion presented.

The lineup for Emerging Designers is strong and Thursday night’s opening demonstrated that at all levels.  Dolcessa owned the stage with their strong branding and signature look that is known worldwide and in combination with the accessories from Melis created unique looks that cannot be refuted.  Linden from LA, represented their line well literally.  They came with bold cuts and combination patterned colors and fabrics that represent the modern woman who wants to be unique, comfortable and stand out with a fresh look that does not overstate, but makes a statement “here I am, come get me”.  Loin Cloth represented their colors well in the patch color sets across the shirts and accessories.   They have a quality about them that represents wearable confidence with no fear in being a man’s man.  Medium Apparel shows with their line how to take the streets into your closet and make it comfortable, fashionable, and completely hip.  Their use of brand and messaging make their product multi-dimensional in that you don’t just wear their product, it makes you think and provokes thought in others.  Now that is a statement.  Stay tuned for more as we continue our coverage of Phoenix Fashion Week at Talking Stick Resort October 3 - 5, 2013.


Posted by Chronic Behavior LLC at 2:08 PM No comments: